A Brief History of Medical Coding

The medical coding system originated in England during the 17th century. Statistical data was collected from a system called the London Bills of Mortality, and the data was organized into numerical codes. The codes were then used to estimate the most recurrent causes of death. 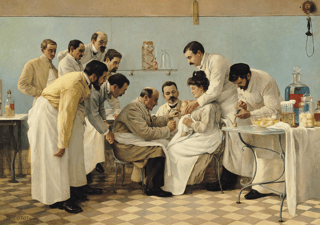 Fast-forward a few centuries… The statistical examination of the Mortality Rate (causes of death) was then organized into the “International List of Causes of Death.” Over the years, the World Health Organization (WHO) used the list increasingly to help in tracking the mortality rates and the international health developments.

The list was later developed into the International Classification of Diseases, which is now in it’s 10th edition, also known as the ICD-10-CM/PCS.

In 1977, the global medical community accepted the ICD system, which compelled the National Centers for Health Statistics (NCHS) to expand their reach to contain clinical information. In other words, the ICD system was extended to include cause of death and clinical diagnoses, such as injuries and illnesses.

By including the clinical diagnoses, further statistical information also became available. Once the ICD system was implemented to include the new additions, there was a way to catalog the medical records, make medical evaluations quicker and easier to complete, and offer additional insights into medical care.

The ICD-10 version is much more specific than previous editions, for example, in ICD-9 there were only 13,000 codes and the "other" and "non-specified" codes were used for numerous diseases, conditions, and injuries. The ICD-10 has 68,000 codes, which eliminate a lot of the "other" and "non-specified" codes. As ICD-10 is updated, more and more codes will be added, which will greatly help with the reimbursement process. There will be a lot fewer denied claims and physicians and healthcare providers will be paid for specific services instead of generic cases.

There were numerous changes made between ICD-9 and ICD-10. Aside from the number of codes and the elimination of most of the "other" and the "non specified" codes, and the inclusion of combination codes for symptoms and diagnoses, less codes are needed to report and fully describe a patients condition. "The code set has been expanded from five positions (first one alphanumeric, others numeric) to seven positions. The codes use alphanumeric characters in all positions, not just the first position as in ICD-9, when using a modifier the codes expands to 6 or 7 positions.

Why the Change from ICD-9 to ICD-10? The question on a lot of physicians, coders, and healthcare information specialists minds was why the change? Many of these people believed the change would only confuse everyone and make things worse; if it is not broken why fix it? What they didn’t realize is that the "system" was not only broken, but also old and in need of some serious upgrades. If hospitals, healthcare facilities, and private practice physicians were going to "stay in business" these changes were necessary and long over due.

"The practice of medicine has changed dramatically in the last 25 years or so. There have been many new conditions discovered, many new treatments developed, and many new types of medical devices have been placed into service. The ICD-9 code set was not designed to capture all of this progress, and as such, has become bogged down with many types of modifications to attempt to capture information. The ICD-10 code set is much better at describing the current practice of medicine, and has the flexibility to adapt as medicine changes.

Diagnosis codes and procedure codes permeate almost every business process and system in both health plan and provider organizations. Diagnosis codes are key for determining coverage and are used in treatment decisions. From plan design to statistical tracking of disease, these codes are a crucial part of the way health plans — including State Medicaid agencies — run their programs." — Medicaid.gov