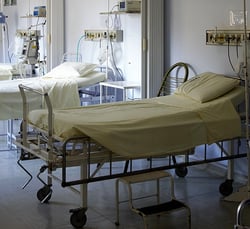 The OIG believes that stays at the highest severity level are vulnerable to inappropriate billing practices, such as upcoding, the practice of billing at a level that is higher than warranted. Specifically, nearly a third of these stays lasted a particularly short amount of time and over half of the stays billed at the highest severity level had only one diagnosis qualifying them for payment at that level.

The OIG report asserted that oversight is essential to ensuring that Medicare dollars are spent appropriately. Inpatient hospital billing in the years leading up to the pandemic indicated that some stays at the highest severity level could be susceptible to inappropriate billing. Accordingly, OIG recommended that the Centers for Medicare & Medicaid Services (CMS) conduct targeted reviews of MS-DRGs and stays that are vulnerable to upcoding, as well as the hospitals that frequently bill them. CMS did not concur but acknowledged that there is more work to be done to determine conclusively which changes in billing are attributable to upcoding. We also think more work needs to be done; therefore, we continue to recommend that CMS conduct targeted reviews to identify stays involving upcoding and hospitals with patterns of upcoding.

Aviacode has experienced and credentialed medical coding auditors ready to help your practice ensure that the coding and documentation are appropriate. We've conduct tens of thousands of encounter audits ranging from E/M’s and Surgeries in all types of specialties such as Rehabilitation, Orthopedics, OB/GYN, Urgent Care, Neurology, Urology, Primary Care, ENT, Plastic Surgery, Pulmonary, General Surgery, and more.