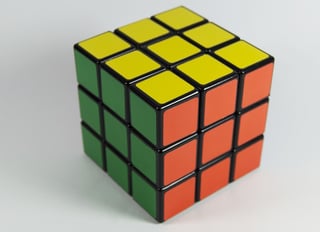 In the world of medical services it is no secret that the revenue cycle can be severely interrupted if not completely stopped when a medical claim filed is denied. This break in the rev cycle has been under much scrutiny and close watch by medical officials and stakeholders, especially since the switch to ICD-10. There was nervousness over how dramatically claim denials would increase after the new codes were implemented – now this anxiety has been exchanged for determination to minimize the impact that denied claims can and will inevitably have on revenue.

One case study that stands out as a self-starter for taking initiative in this area is Orlando Health. With 6 acute Care Hospitals, 15,132 team members and 2,995 beds, Orlando Health was interested in investigating how to reduce their percentage of denied claims and maintain the industry benchmark  between 2-4 percent. Their discovery after seeking advice from an outside consulting group left administrators concerned that they were heading for trouble, when told they already ranked above the national average and were losing millions of dollars in revenue every year.

After understanding the potential benefits if proper denial management was in place, Orlando Health began a series of audits to increase their revenue through denied claims. This included multiple levels of management and administration getting involved, a key element in itself. Fortunately for Orlando Health their internal structures already embodied a cooperative and collaborative environment that was supportive of making needed changes.

The structure itself was a very important aspect of the overall plan and necessary for proper implementation. With systems in already in place that supported the idea of change, the audit process was less painful than a company resistant to change. The administration was made up of staff that was forward thinking and ready to take on the challenge of restructuring for the betterment of the organization. This flexible mindset was invaluable in adjusting workflow on many levels.

The audit shined light in areas along the revenue cycle that may have otherwise gone unnoticed. For instance; payer eligibility rules and coding must be kept up to date following the latest industry standards to insure less denials.  Orlando Health developed teams to work on problems from individual payers, delegating responsibility to teams to avoid letting issues slip through the cracks. This concentration of responsibility and focus allowed for a deeper understanding of payers. Later on we will look at how this ties into other aspects of the denial management strategy.

Another weak link that was identified in the claim’s life cycle was where the message was being dropped. In an organization as large as Orlando Health, communication is key. Initiatives were taken to improve communication between team members to troubleshoot where the message was being lost. Weekly meetings were organized involving key financial and operation team members. This connection between departments deepened their understanding of the issues at hand while also allowing for a better flow of ideas and collaboration.

Payer processes were another point of weakness where some internal restructuring was needed.  Understanding why claims were being denied and identifying the information around the payer processes that was missing was vital. This is where the focus groups mentioned before came in handy as they all had developed a deeper knowledge of specific payers. Weekly meetings were organized here too to discuss how to better understand top issues for each payer around why claims were being denied.

In an era where there are many shifts in the healthcare system it is important to always be looking for ways to improve systems because without this attitude you’re likely to fall behind. Denial management is only area of focus but deserves serious consideration. Orlando Health is a prime example of one Healthcare provider that was proactive in finding ways to improve and by studying their initiatives we have unlocked several secrets for potential revenue growth in denied claims. For more on the revenue system within the healthcare industry you might enjoy our blog  How Medical Coding Fits Into the Revenue Cycle.