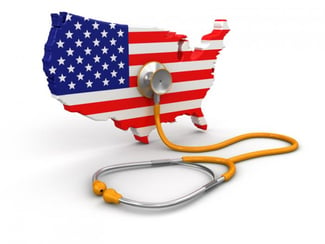 The political deliberation has resulted in a compromise that has been a government-based system for some (Military, Veteran, Medicare and Medicaid) and a private but heavily regulated system for everyone else. Although there has been no shortage of discussion on the politics of healthcare, surprisingly few Americans are aware of the large number of people and businesses concerned with the topic.

Physicians are a very small part of a large network of interested stakeholders. The Bureau of Labor Statistics shows 11,756,610 healthcare workers, and only 6% are physicians. This total number of workers doesn’t include ancillary workers such as schools, associations, law firms, and other interested parties—making physicians a very small aspect of the total network.

Current efforts in healthcare reform have come from the American Recovery and Reinvestment (ARRA) Act of 2009 and the Patient Protection and Affordable Care Act of 2010 (Affordable Care Act), which sought to fix three problems: coverage, cost, and quality of care.

To extend coverage, the Affordable Care Act made it compulsory for Americans to have health insurance or else to pay a fine. It offered subsidies for those it defined could not afford it, and prevented insurance firms from charging people more for pre-existing conditions.

Costs and quality of care were addressed by simultaneously shifting the financial burden between the taxpayer, patient, and provider. Proponents of the law believe that healthcare will become cheaper in the future because many of the law’s new rules are meant to improve the health of our population and as a result, reduce costs. Compelling cost savings have not yet been demonstrated.