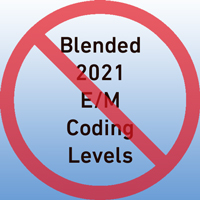 Major medical groups and hospitals have backed the CMS' decision to abandon a provision of the finalized 2019 Medicare Physician Fee Schedule rule that would have consolidated the number of Evaluation and Management (E/M) payment levels into one payment rate beginning in 2021. The agency initially proposed the E/M coding measure in the belief that it would reduce clinicians' work to get Medicare reimbursement. However, providers worried that lower reimbursement rates would cut into their bottom lines and create a number of unintended consequences that could hurt patients.

"Paying a single rate likely would have resulted in a number of negative consequences, such as requiring the most complex patients to have more visits, referring such patients to specialists, or shifting them to more acute care settings," the American Medical Group Association said in its comments as reported by Modern Healthcare. "AMGA was particularly concerned that ... would disrupt care coordination efforts and result in fragmentation, all of which would hinder the transition to value-based care."

“By reducing payments for many providers, the proposal to collapse the payment rates for E/M visits devalues providers’ time, increasing the already heavy pressure they face to maximize the number of patients they see each day,” the American Hospital Association wrote to CMS last year.