The Value of Outside Coding Consultants 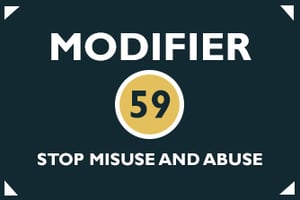 government to settle False Claims Act allegations, according to the Department of Justice. The health system will pay $11.25 million and founder and CEO Emil Dilorio, MD will pay $1.25 million to settle the allegations. In addition to the monetary settlement, the system entered into a corporate integrity agreement with HHS that will require monitoring of its billing practices for five years.

The settlement resolves allegations that the health system inflated payments from federal payers by unbundling claims for reimbursement for orthopedic surgeries, including many for total joint replacement, from 2007 through mid-2014.

As reported in Becker's Hospital Review, top health system executives were directly informed at least twice about the improperly unbundling of many orthopedic surgeries by misusing Modifier 59.  Two separate outside coding consultants hired by the system in 2011 and 2013 identified the improper unbundling during coding audits and made warnings to stop.  In addition, one of the consultants specifically advised self-reporting and repaying Medicare and other federal payers; the consultant also provided on-site training on the proper use of Modifier 59 to the system's coders in November 2013.

Regarding the settlement, Coordinated Health released the following statement: "We are pleased to have come to a resolution with the federal government regarding allegations of our past use of a specific Medicare billing modifier, involving a complex Centers for Medicare and Medicaid Services rule, which does not relate to the quality of patient care. We have already updated our billing practice to resolve the issue in question, and have taken a number of decisive actions to reduce the potential for issues in the future. Our focus has been and always will be providing the best possible patient care in the communities we serve."

It's important to have outside coding consultants that will provide you with fresh perspectives at your coding practices. Not only could it save you millions in compliance settlements or fines, but also it could ensure that your health system is properly coding to get what you're owed. Aviacode offers exemplary coding consultants ready to provide services including coding compliance & audit services, coding denial management, and clinical documentation improvement. The new year of 2019 is on the horizon and it's an opportunity for that fresh look.