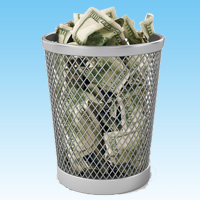 The annual U.S. national defense spending budget represents a massive hard-to-imagine number. Now consider the amount of waste in the country’s healthcare system. Likely a large amount, but it must be less than national defense—right? According to a recent article on CBSNews.com titled “Wasted health care spending in the U.S. tops annual defense budget, study finds,” the healthcare waste actually exceeds the FY2019 national defense budget, and is estimated at $760 to $935 billion per year. This is waste on a scale that’s difficult to imagine. It’s about a quarter of the sum total of healthcare spending. The study referenced in the article is from the Journal of the American Medical Association, and details the immense scale of the problem.

So where’s this waste coming from, and how can it produce such lofty numbers? The article details the main sources:

The complexity of the healthcare system is especially felt by providers who must manage coding, different recordkeeping processes, and other administrative requirements. The article references a 2016 study funded by the American Medical Association that states physicians spend nearly double the amount of time on administrative work (49% of their time) as they do with actual patient work (27%). Physicians also took another one to two hours of clerical work home with them each night.

The article and study suggest reducing this waste by tying incentives to improved care, eliminating fraud, and making the payments and billing process more seamless and integrated.