Outsource Your Coding Reason 9 of 10: Support & Access to Information 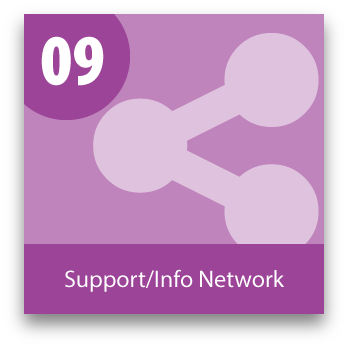 This is post 9 of a 10 post series on the top 10 reasons you should consider outsourcing your coding.

The Golden Gate Bridge in San Francisco can hold 4,000 pounds per lineal foot. Meaning that if we cut out just one foot of the bridge out it could support two tons. Despite it being capable of holding massive amounts of weights, it can also move downwards by 10.8 ft. and move upward by 5.8 ft. So during winds or storms it can actually move to prevent damage or destruction.

These two essential qualities that have kept the bridge there for 82 years are provided by the specific suspension bridge structure that the engineers used. Two large cables run from each tower, with smaller wires jetting down, attaching themselves to the bridge itself.

This is post 8 of a 10 post series on the top 10 reasons you should consider outsourcing your coding.

New Orleans is 5 feet below sea level. Which would be fine if it was in the middle of the country and not right on the water. The reason this city has realized so much success despite its hostile location is the levee system installed to prevent flooding.

In order for New Orleans to thrive it needs those levies to work and keep the swamp separate from the city streets. For health care facilities to thrive, charts must be coded and sent for billing as soon as possible. If the charts go un-billed, due to incompletion or denied claims this adds to the accounts receivable time. Increased A/R is similar to adding water against the levee system. If it gets out of control, like what happened with Katrina, it will break causing devastation. When Medical Coders work overflows havoc ensues through backlogs, reduced cash flow, decreased productivity and a hurricane of potential problems.

Denied claims become one of the highest priority's within the accounting department if accounts receivables time increases. When your CFO comes into your office and shows you the recently pulled aged report, the majority of the time the culprit will be denied claims and the ever growing backlog problem.

This is post 7 of a 10 post series on the top 10 reasons you should consider outsourcing your coding.

In 1793 Eli Whitney invented the cotton gin. This machine separated the seeds from the cotton in a fast and efficient manner. The impact of Whitney's invention was far reaching. Prior to this innovative machine, it would take the average person 10 hours to produce 1 pound of lint. Using the cotton gin, a person could produce 50 pounds of lint each day.

Eli Whitney's cotton gin is but one lesson history has taught us about the power of innovation. If a cotton farmer refused to implement the cotton gin, their production would be dwarfed by those inve

There are a few guiding principles every medical coding company should have. If these things are absent, there is a lack of innovation and their practices are not current, or providing you with the best chance to succeed.