The After Effects of the Transition to ICD-10

The United States was one of the last countries that transitioned into the ICD-10 code set, which carries a high volume of codes allowing provider’s to be much more detailed in their medical records when compared to ICD-9. 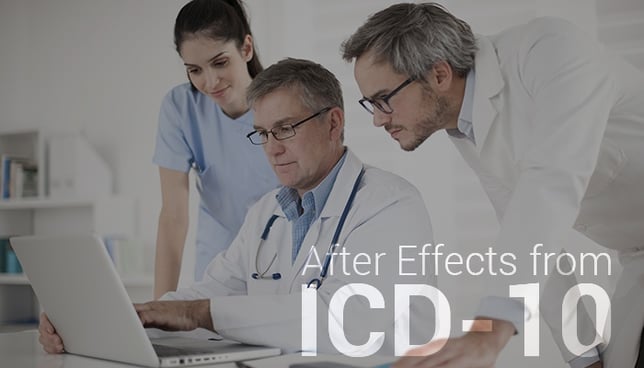 With this new pool of codes, many healthcare experts predicted the transition to ICD-10 would cause quite a bit of disruption for the industry’s profitability. Surprisingly enough, these expectations have not panned out. In fact, those studying the effects of ICD 10 have found minimal effects.

According to the American Health Information Management Association (AHIMA) they found that the average current coding accuracy in the Healthcare industry is around 65%, which isn’t much lower than the previous year. This accuracy rating is surprisingly low in general. Much of this is due the fact the many hospitals employ inadequately trained medical coders. If your hospital is hovering around the average coding accuracy rate it may be time to implement a new strategy. If the countrywide average accuracy rate is 65% that means around 35% of your claims are being denied. Each coding inaccuracy will end up costing your practice a great deal. Studies done by the YEI corporation have found that the average cost it takes to resubmit a claim (the time it takes to have an employee fix the claim and resubmit it) ranges from $53-$117. With the average accuracy rating taken into account, this will cost a practice an average of $960,000 annually. An approach that many hospitals take in order to save money is to consider outsourcing their medical coding. Many medical coding outsourcing companies guarantee higher coding accuracy rates. Aviacode in particular guarantees 95% coding accuracy.

While the implementation of ICD-10 may not have decreased the productivity ratings as many predicted, 65% coding accuracy is still not something worth bragging about. If your practice is spending $960,000 a year to process claim denials, it might be worth it to consider outsourcing to a medical coding company that guarantees a high coding accuracy rate.